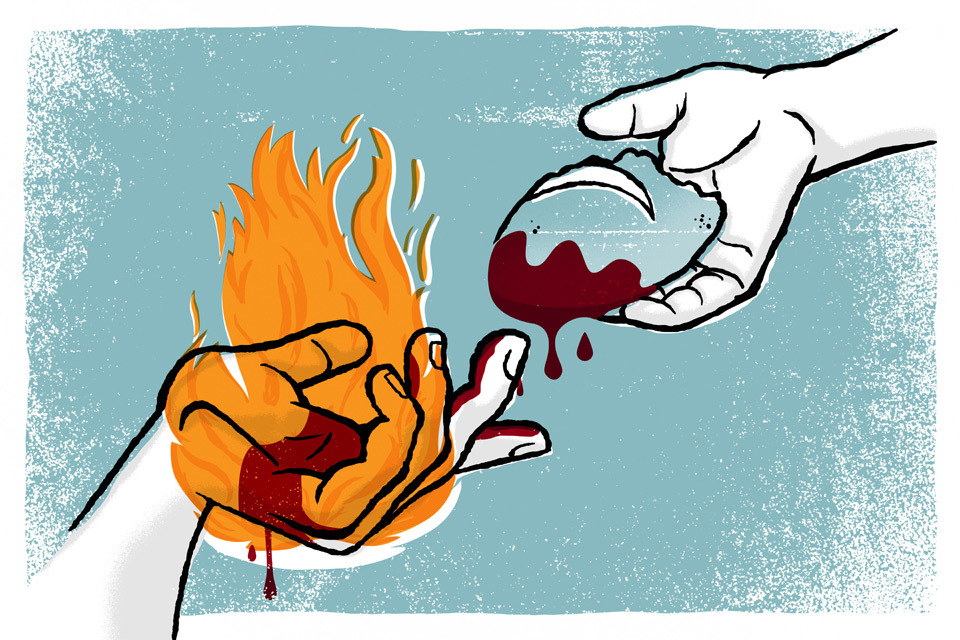 When it was evening, he reclined at table with the Twelve. And while they were eating, he said, "Amen, I say to you, one of you will betray me." Deeply distressed at this, they began to say to him one after another, "Surely it is not I, Lord?" He said in reply, "He who has dipped his hand into the dish with me is the one who will betray me. The Son of Man indeed goes, as it is written of him, but woe to that man by whom the Son of Man is betrayed. It would be better for that man if he had never been born." Then Judas, his betrayer, said in reply, "Surely it is not I, Rabbi?" He answered, "You have said so." While they were eating, Jesus took bread, said the blessing, broke it, and giving it to his disciples said, "Take and eat; this is my body.".