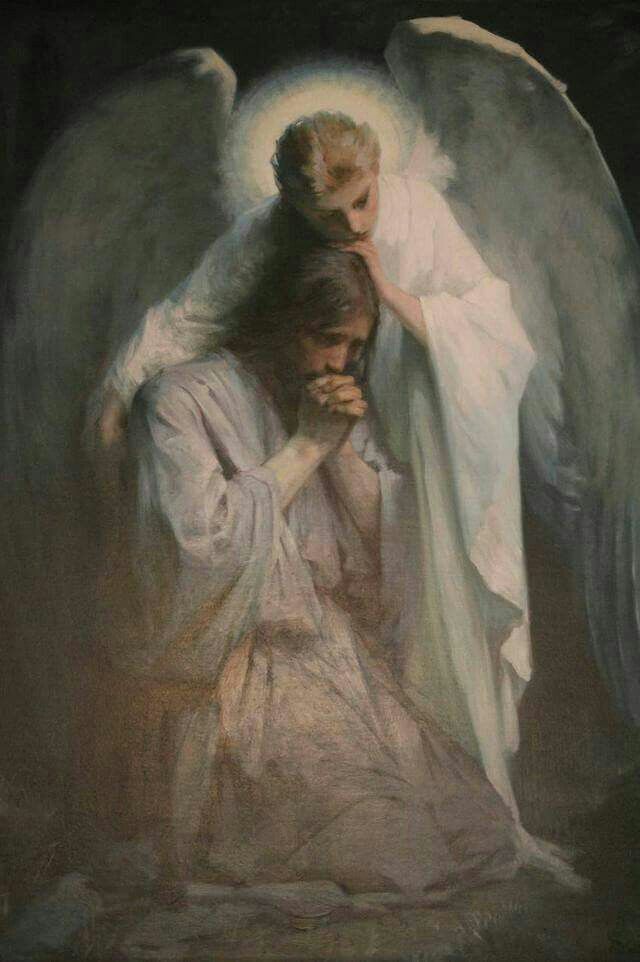 When he arrived at the place he said to them, "Pray that you may not undergo the test." After withdrawing about a stone's throw from them and kneeling, he prayed, saying, "Father, if you are willing, take this cup away from me; still, not my will but yours be done." (And to strengthen him an angel from heaven appeared to him. He was in such agony and he prayed so fervently that his sweat became like drops of blood falling on the ground.).