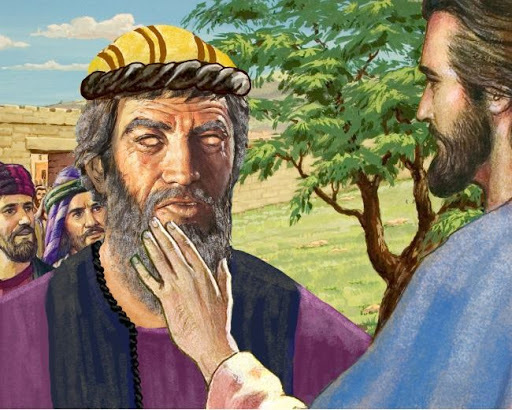 Then he took the Twelve aside and said to them, "Behold, we are going up to Jerusalem and everything written by the prophets about the Son of Man will be fulfilled. He will be handed over to the Gentiles and he will be mocked and insulted and spat upon; and after they have scourged him they will kill him, but on the third day he will rise." But they understood nothing of this; the word remained hidden from them and they failed to comprehend what he said. Now as he approached Jericho a blind man was sitting by the roadside begging, and hearing a crowd going by, he inquired what was happening. They told him, "Jesus of Nazareth is passing by." He shouted, "Jesus, Son of David, have pity on me!".