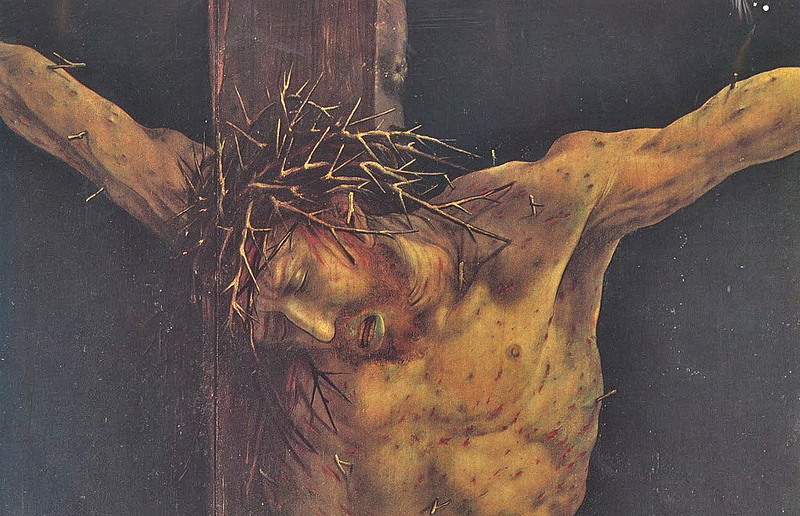 Yet it was our infirmities that he bore, our sufferings that he endured, While we thought of him as stricken, as one smitten by God and afflicted. But he was pierced for our offenses, crushed for our sins, Upon him was the chastisement that makes us whole, by his stripes we were healed. We had all gone astray like sheep, each following his own way; But the LORD laid upon him the guilt of us all. Though he was harshly treated, he submitted and opened not his mouth; Like a lamb led to the slaughter or a sheep before the shearers, he was silent and opened not his mouth. Oppressed and condemned, he was taken away, and who would have thought any more of his destiny? When he was cut off from the land of the living, and smitten for the sin of his people, A grave was assigned him among the wicked and a burial place with evildoers, Though he had done no wrong nor spoken any falsehood. (But the LORD was pleased to crush him in infirmity.) If he gives his life as an offering for sin, he shall see his descendants in a long life, and the will of the LORD shall be accomplished through him.