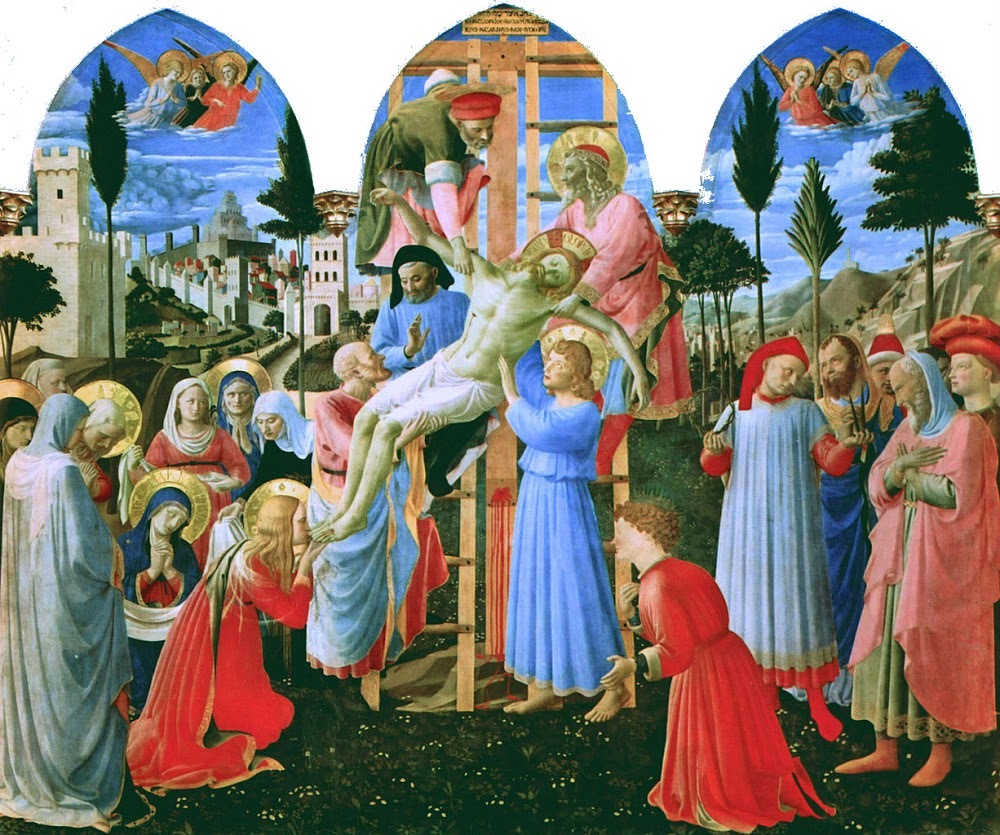 After this, Joseph of Arimathea, secretly a disciple of Jesus for fear of the Jews, asked Pilate if he could remove the body of Jesus. And Pilate permitted it. So he came and took his body. Nicodemus, the one who had first come to him at night, also came bringing a mixture of myrrh and aloes weighing about one hundred pounds. They took the body of Jesus and bound it with burial cloths along with the spices, according to the Jewish burial custom.