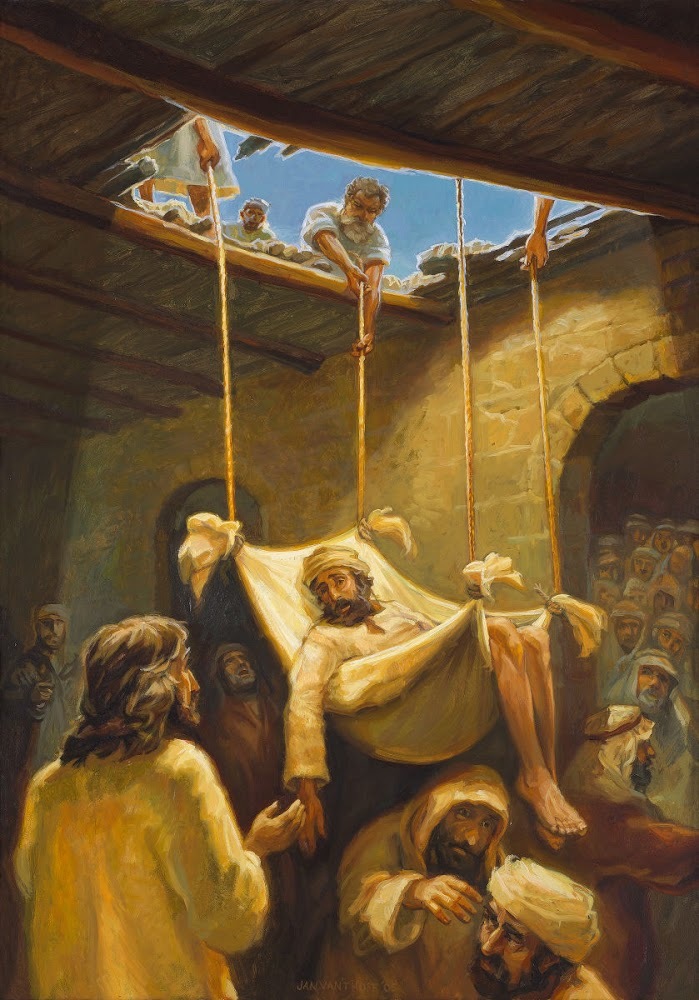 One day as Jesus was teaching, Pharisees and teachers of the law were sitting there who had come from every village of Galilee and Judea and Jerusalem, and the power of the Lord was with him for healing. And some men brought on a stretcher a man who was paralyzed; they were trying to bring him in and set (him) in his presence. But not finding a way to bring him in because of the crowd, they went up on the roof and lowered him on the stretcher through the tiles into the middle in front of Jesus. When he saw their faith, he said, "As for you, your sins are forgiven.".