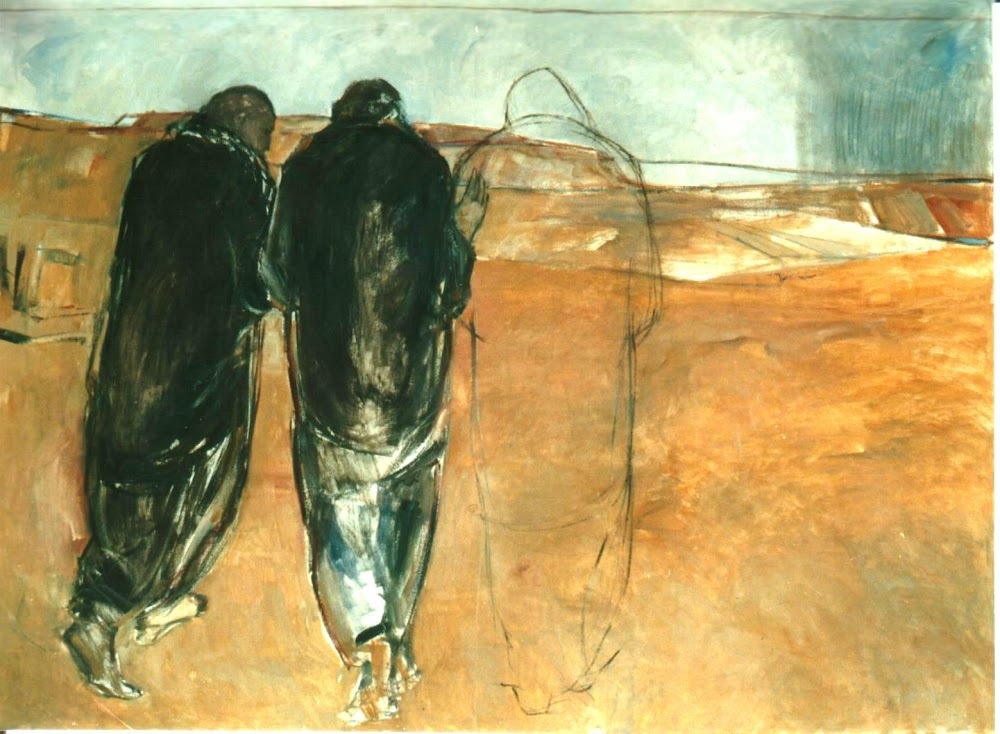 When they heard that he was alive and had been seen by her, they did not believe. After this he appeared in another form to two of them walking along on their way to the country. They returned and told the others; but they did not believe them either.