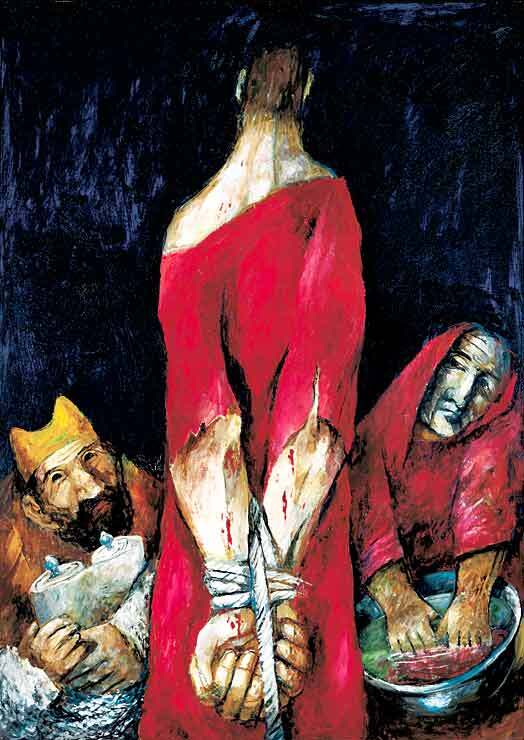 ‘Pilate said to them, “Then what shall I do with Jesus called Messiah?” They all said, “Let him be crucified!” But he said, “Why? What evil has he done?” They only shouted the louder, “Let him be crucified!” When Pilate saw that he was not succeeding at all, but that a riot was breaking out instead, he took water and washed his hands in the sight of the crowd, saying, “I am innocent of this man’s blood. Look to it yourselves.”.