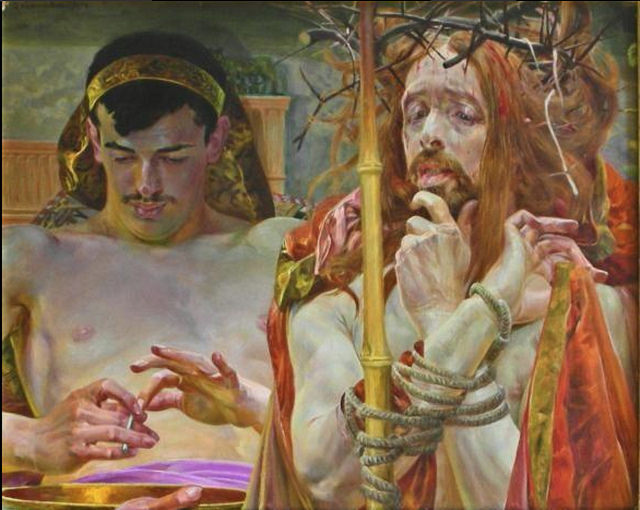 (Even) Herod and his soldiers treated him contemptuously and mocked him, and after clothing him in resplendent garb, he sent him back to Pilate. Herod and Pilate became friends that very day, even though they had been enemies formerly. Pilate then summoned the chief priests, the rulers, and the people and said to them, "You brought this man to me and accused him of inciting the people to revolt. I have conducted my investigation in your presence and have not found this man guilty of the charges you have brought against him, nor did Herod, for he sent him back to us. So no capital crime has been committed by him. Therefore I shall have him flogged and then release him.".